This series of paintings aims to objectively and very specifically reflect the world which was awarded to us for use. The world that we are thoughtlessly liquidating, the world in which we are complicately finding our place and ourselves. Everything on the planet which has formed and evolved for millions of years we can deny and destroy by the blink of an eye during our unwillingness to think in a broader context and our boundless desire for domination over nature and over ourselvess.

A gas mask as a central motif is reflecting the current efforts to gain power domination over key territories of our world and not only this. The gas mask also demonstrates a distanc of person as an individual from natural harmony with the world, where is a lord of the world using a gas mask trying to protect himself against the consequences of his actions. Positions of body in heroic gesture adds emphasis on reflection, where is the toxic cloud symbolizing, in the faint outline, dying patient’s heart or death of our planet – slowly dissolving. 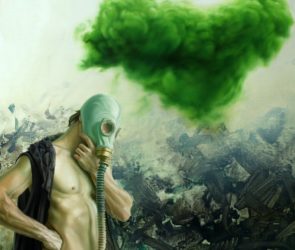 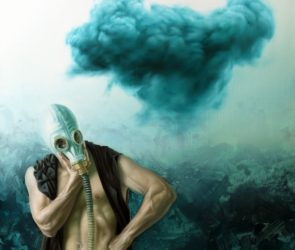 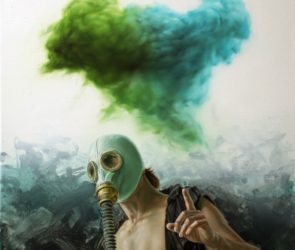 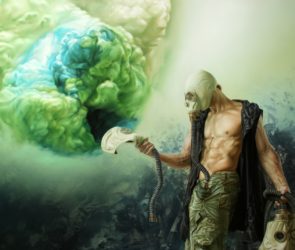 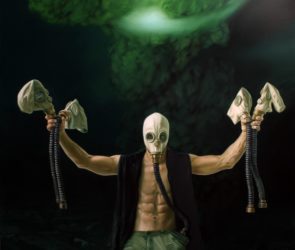 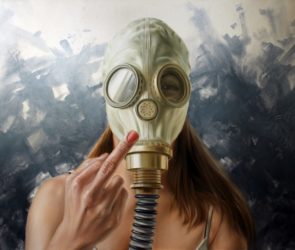 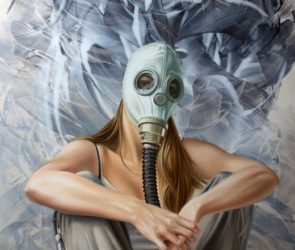 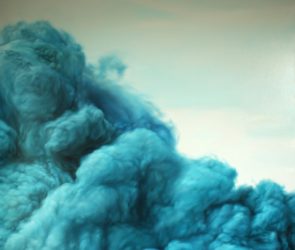 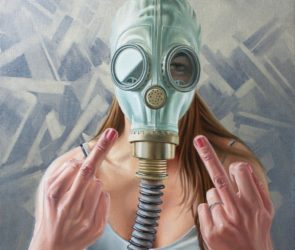